What to do when baby refuses to eat? 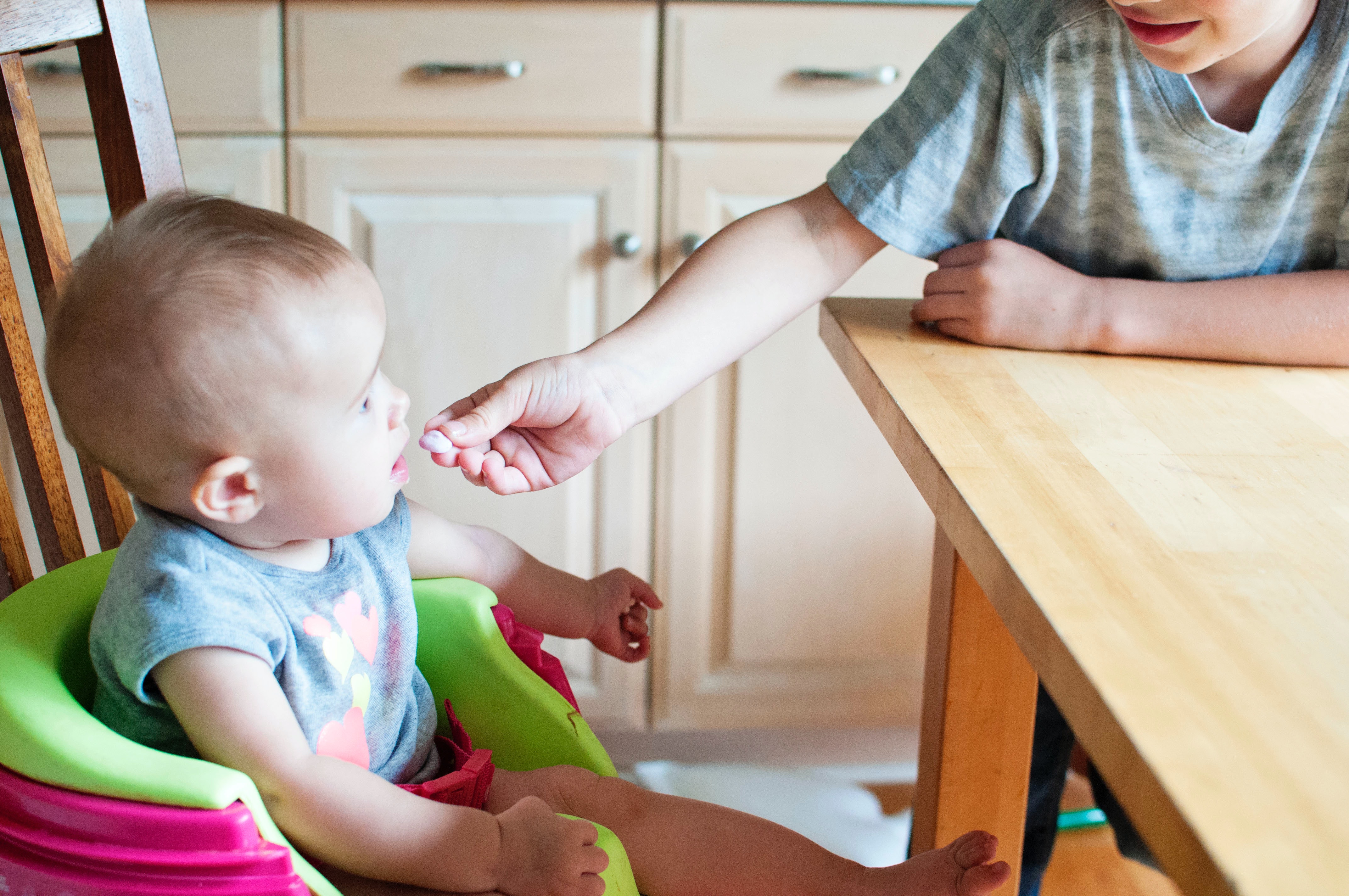 While baby seemed to feast on all the foods offered to him, he suddenly begins to sulk a lot of them, causing his parents to worry. Don't panic, this is a completely normal stage in a child's development, and if taken correctly, he will gradually start eating everything again! Advice from Aurélie Bardot, nutritionist specializing in child nutrition.

Why, around 18 months, does the child refuse to eat?

Around the age of 1 1/2 to 2 years, a change in eating behavior is very often observed in young children. He who ate so well and did not seem to show any reluctance, whatever the food offered, began to refuse a certain number and to be difficult in front of his plate.

Neophobia translates the fear of everything that is new: baby seems to be wary and shuns all foods that he does not recognize.

This phenomenon - which is not found only in humans - is completely physiological and would contribute to the survival of the species. The child indeed begins to walk and explore his environment, neophobia would protect him from possible poisoning or intoxication.

Added to this is the famous phase of opposition - which generally appears at 18 months - during which baby asserts himself in front of his parents and begins to refuse almost everything - including eating! This phase of refusal can last until the age of 7, but can also stop much earlier. And the attitude of parents and those around them during this period is particularly important.

What are the most frequently refused foods?

Food neophobia is generally accompanied by food selectivity: "the child tends to reject vegetables first, then to a lesser extent fruits", indicates the nutritionist.

On the other hand, they retain a strong appetite for starchy foods that are familiar to them - pasta, rice - and for sweet foods.

They finally shun all foods that are strong in taste and low in calories, and are attracted to sweet and calorie-dense foods.

A link with food diversification

Until around one year old, baby mainly eats purees, mixed or crushed. Whether they are carrot, zucchini or sweet potato does not change much for him, even if he distinguishes the different flavors very well: his dish always looks like mashed potatoes. Fondant pieces begin to be introduced from the age of one and a half, then they gradually become larger and more distinct: the child no longer recognizes his plate!

Different degrees of neophobia: from reluctance to strict refusal of food

If the refusal to eat concerns a very large majority of babies around 2 years old, it can be more or less pronounced depending on the blond heads. About a quarter of them will never be affected by this refusal phase.

Among the others: some will have a simple reluctance to eat new foods, we speak of flexible neophobia, and others will categorically refuse any food that he does not recognize, we speak of rigid neophobia.

When to worry when baby is not eating?

For parents, their child's food refusal is one of the major sources of worry and stress: "How is he going to cover all his needs? He is growing, he needs calories and food more than ever. vitamins!".

So should you be worried about seeing your baby refuse anything that closely or remotely resembles a vegetable or fruit?

"No! Parents really need to reassure themselves, and see this period as an obligatory and normal stage" reassures the nutritionist.

Is there a risk of deficiencies?

Generally not, because a child who shuns certain vegetables will necessarily make up for it elsewhere: raw vegetables in sticks (carrots, cucumbers, etc.) or cherry tomatoes are always better than cooked vegetables, as well as certain fresh fruits, peeled and in pieces they can nibble on by hand.

And how do you know where neophobia ends and where any real eating disorders begin? "Anorexia in children is very rare," says Aurélia Bardot.

Food neophobia has no impact on the baby's growth curve, since the foods traditionally refused are the least caloric - vegetables and fruits - and the child makes up for it on all the foods that are denser in calories.

A food refusal to which is added a drop in the baby's weight and height curve should alert and encourage the parents to consult to rule out possible anorexia, primary or secondary to a pathology.

How to force a baby to eat?

"This is precisely what is delicate: above all, you must not force a child to eat" insists the nutritionist. Threats, blackmail, yelling and punishment only risk making the problem worse. Meals must remain a convivial and pleasant moment for the child and for the parents: they absolutely must not turn into arm wrestling.

And the more the parents will express their concern and insist that the child eats, the more it is likely to turn upside down.

What to do when a baby refuses to eat and does not like certain foods?

Food refusal is normal and not worrying in toddlers. For this period of neophobia to last as short as possible, it is best to keep a casual attitude and play down the refusal. Parents can then use tricks to make the child want to taste everything:

- They can ideally share the same meal as the child, and eat in front of him the foods he refuses by showing that he is enjoying himself,

- Do not stop offering him a dish or food that he has refused, and remain patient,

- Vary the preparation of food: if cooked cauliflower may put him off, offer him small florets of raw cauliflower to nibble on by hand,

- Make the meal a game, or an experience. "Imagine that you are a little Martian, that you are tasting this food for the first time and that you have to describe it to me" gives the example of the nutritionist.

- Take him shopping and let him choose the fruits and vegetables that appeal to him,

- Involve him in the preparations of the dish,

- Offer the rejected food at the start of the meal, when he is very hungry "everything is better when you are hungry" reminds Aurélia Bardot.

- Offer small quantities: a large plate of vegetables will tend to discourage him immediately, while a small portion on a small plate will scare him less.

"It's also important to remind the child that he doesn't have to like everything: we all have foods that we don't like and that's okay." explains the nutritionist. You really have to play down the situation and make your refusals a non-event.

Cold, gastro: He no longer eats because he is sick, what to do?

A decrease in appetite when baby has a cold or an ear infection is completely normal. This is also often the case with adults.

In an exceptional situation, an exceptional solution: it is then recommended to give the child what makes him happy and comforts him. If he has a fever, it is particularly important to keep him hydrated and offer him food to drink: bottle of milk, soups, broths, squeezed fruit...

A sick child has less appetite: it is therefore preferable to split his meals into several small snacks.

When baby teeth grow, they cause a number of not very pleasant symptoms for him: swollen and sensitive gums, irritable mood and excessive salivation. It is therefore quite normal that teething affects baby's appetite!

During this period, we can favor certain types of foods that seem to relieve it:

- cold or even frozen foods: which relieve pain by vasoconstriction of inflamed vessels,

- soft and mixed foods that do not put too much strain on the gums: smoothies, purées, soups, yoghurts,

- unlike hard foods to chew to massage the gums: chunk of bread, rusk, ladyfingers, piece of apple...